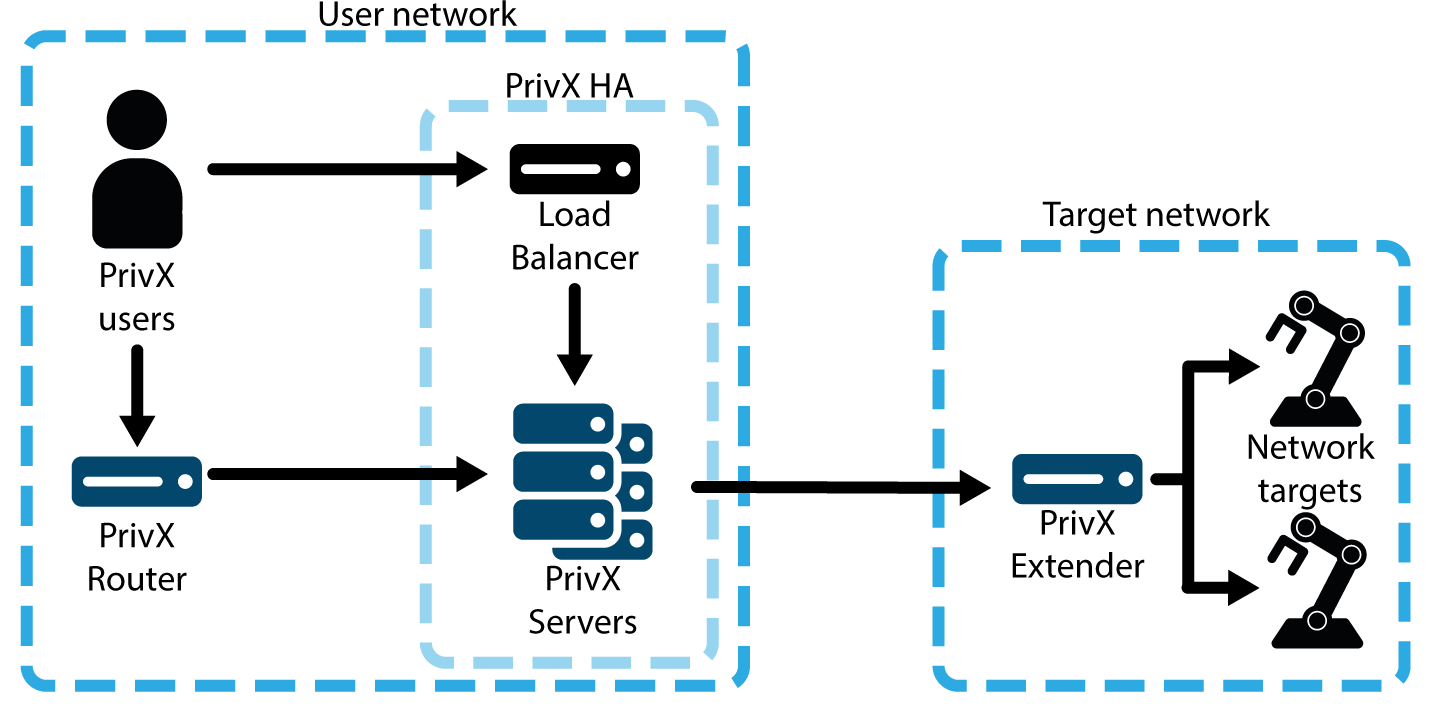 The connection between the user client and the Extender destination is routed over three segments:

Configure the following Extender service settings via the PrivX GUI, at Administration→Settings→Extender Service:

Listener address mode controls the logic for resolving the IP address that is used for connecting to Extender listeners.

When set to static the listener addresses is expected to contain a list of IP addresses from which the Extender service selects the first address that has the same IP version as the Extender destination IP address.

In configuration for linux-iptables and sshexec Router types the Router sources is optional. If not defined, the network access manager will use the Router's hostname as the allowed Router source address.

In configurations for exec Router type the Router sources must be specified.

Router source address verification at Extender listener complements the firewall rules, but does not remove the need for them.