PrivX has been built around modular microservices architecture. All the microservices communicate with each other using REST APIs and trigger content update notifications through PostgreSQL or Redis. PrivX can be deployed to run either on an on-premise host or on an cloud instance. 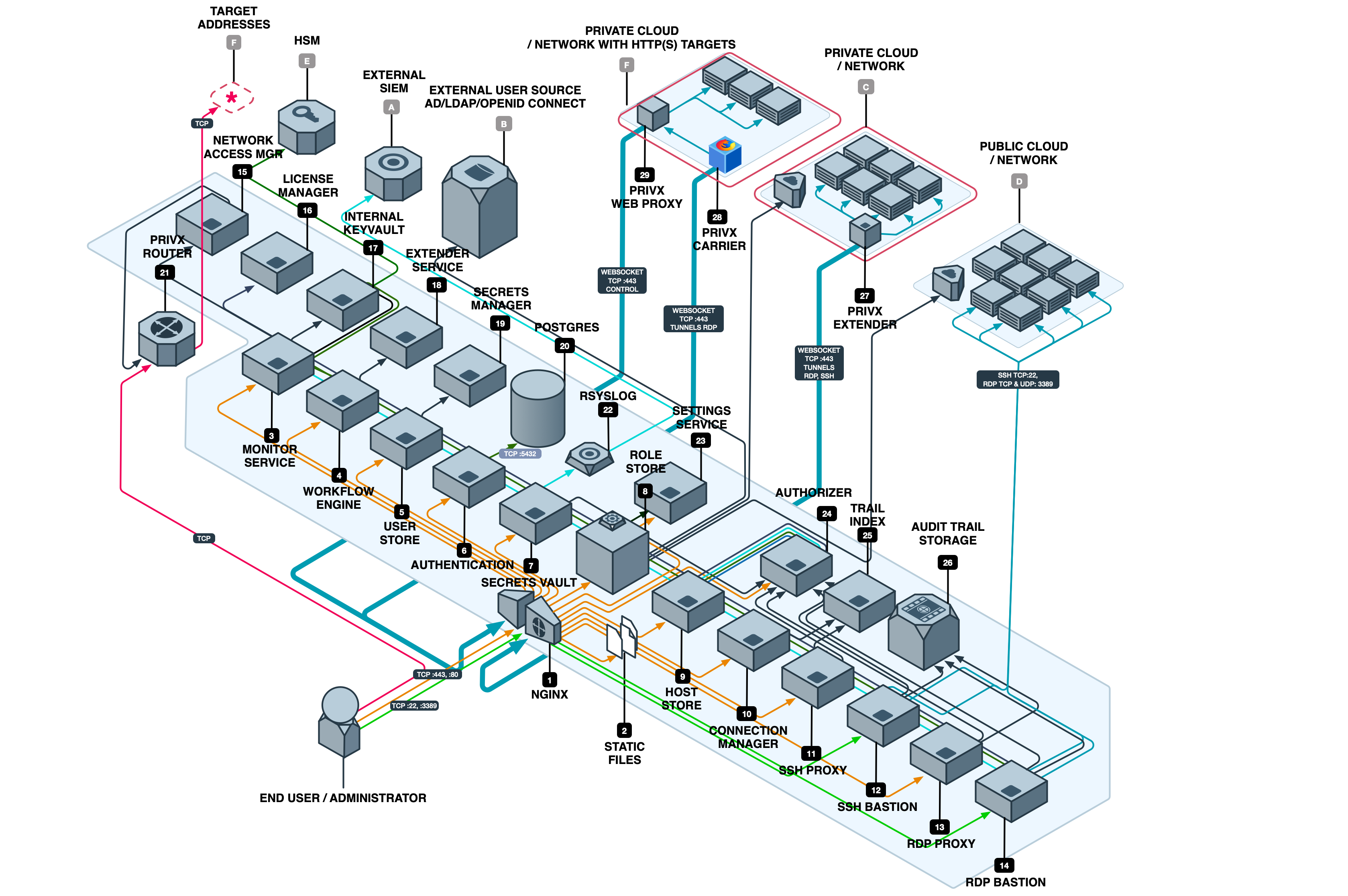 See the following sections for more information on the PrivX microservices.